See highlights from the signing of HB 205, the Delaware EARNS Act, in our photo gallery. More Info

The Board establishes policies for the investment of all money belonging to the State or on deposit from its political subdivisions, except money deposited in any state pension fund or the State Deferred Compensation Program. It determines the terms, conditions and other matters relating to those investments including the designation of permissible investments. (Del. Code Title 29 Ch. § 2716 Cash Management Policy Board)

Board members serve on committees to review specific programs, projects, or issues and make recommendations to the Board. Currently, the Board consists of the Investment and Banking Subcommittees. Each Board member serves on at least one committee. Each committee meets quarterly.

View the members of the Cash Management Policy Board: 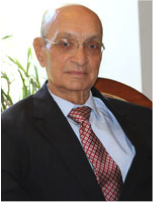 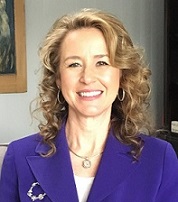 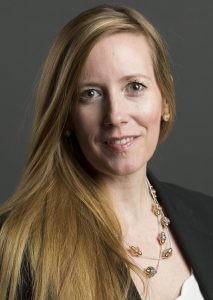 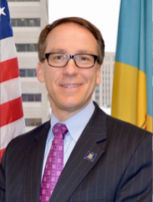 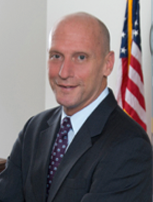 Dr. Flynn started his career with the Dupont Company in 1968, serving in a variety of positions including research, manufacturing, and marketing and sales. In 1973, he became COO of Wilmington, serving for four years. He worked to improve management processes by reducing costs and underperforming programs, and working with the State to restructure the city’s financial base. Flynn joined Touche Consulting in 1977, serving as Managing Director in Philadelphia since 1987. He was responsible for the growth and profitability of the practice and led it through significant growth as well as the merger of the Deloitte firm and the Touche firm.
From 1995 until 1997, Flynn took a sabbatical from consulting to serve as President and COO of Rollins Environmental Services, Inc. (RES), a $250 million New York Stock Exchange Company headquartered in Wilmington. Flynn’s main responsibility was to improve shareholder value and to expand the focus of the company to be a full services provider. He then coordinated a merger between Rollins and Laidlaw Environmental Services, Inc., the industry’s two largest firms.
In 1997, Flynn returned to Deloitte Consulting as Managing Director and Global Practice Director in Philadelphia. Flynn directed the firm’s consulting to the Pharmaceutical Medical Devices Industry in more than 20 countries. Upon retiring from Deloitte Consulting, Flynn helped Banister International expand its professional services business into the healthcare search business to Healthcare Resource Solutions. He is now retired, but still serves on a number of public and private boards.
Flynn received a Ph.D. in Chemical Engineering from Princeton University and a B.S. with honors in Chemical Engineering from the University of Delaware. In addition to serving as Chair, he is active member of the Nature Conservancy, Biovid Inc., and Archmere Academy as well as a member for the Biomedical Engineering Advisory Council at the University of Delaware.
Dismiss

Mr. Marvin is a founding partner of Marvin and Palmer Associates Inc. Together with Stan Palmer, he founded the firm in July 1986. Prior to starting Marvin & Palmer Associates, Marvin served for ten years as Vice President in charge of the $10 billion internally-managed DuPont Pension Fund. Preceding his employment at DuPont, he worked for Investors Diversified Services as the Head Portfolio Manager for the IDS Stock Fund, the largest equity mutual fund in the United States at the time of his tenure. He started in the investment business in 1965 as a securities analyst for Chicago Title & Trust. Before he worked at DuPont, he worked at Investors Diversified Services (now a part of Ameriprise Financial).

Marvin earned his M.B.A. from Northwestern University and B.S. from the University of Illinois. He is a CFA charter holder and a member of the CFA Institute.

Commissioner Karia was appointed to the Public Service Commission by Governor Jack Markell in May 2015. He is a former Finance Director for the City of Dover, and currently is an Adjunct Professor in the College of Business at Wilmington University. Mr. Karia is a member of the Capitol City Rotary Club and former Treasurer of the Hugh O’Brian Youth Leadership Program.
Mr. Karia served as Director and Audit Committee Member since 2008 for AVATAR Insurance Company LTD in Tampa Florida. From 2002 until 2009 he serves as president of MK Consulting Inc. In 2009 he took the role of Treasurer of MK Consulting Inc.
Mr. Karia was appointed to the Clean Water Advisory Council from 1996 until 2009, and has been serving on CMPB since 2011.
He has a M.B.A. in Finance at Fairleigh Dickinson, M.Com. in Advanced Accounting at Gujarat University, L.L.B. Bachelor of Laws at Gujarat University, and a B.Com. Gujarat University. He resides in Dover, Delaware with his family.
Dismiss

Mr. Warren Engle serves as a Director and Officer of the Delaware Community Development Corporation. Engle retired from PNC Bank as a Senior Vice President and corporate banker after a 40-year banking career. He also served as President and CEO for Sun National Bank, Delaware, and was a member of the senior management committee for the parent Sun Bancorp, Inc. Previously, he was Vice President and Division Manager for Wilmington Trust Company, and an adjunct finance professor at the University of Delaware College of Business and Economics for more than a decade. Engle also chaired the PNC Bank Public Affairs Committee, and was a member of the Delaware Bankers Association government affairs committee. In addition, he served on the Boards of the Robert Morris Associates, the Leukemia Society of Delaware, and Brosius-Eliason Company, a privately owned firm.

Engle does periodic consulting and resides in Hockessin, Delaware with his wife Jan. He holds both a Bachelors and a Master’s degree in finance from the University of Delaware.

Tarrie L. Miller is the Senior Vice President of Retail Banking at County Bank in Lewes.

Colleen C. Davis was elected State Treasurer in November 6, 2018. She was sworn into office on January 1, 2019. Davis has a rich history of working for the First State. She served as the Treasurer for the Delaware Physician Assistant Advocacy Group (DAPA) and as a board member on the Advisory Board of Forge Life Sciences and on the Board of Delaware Maritime Education. In conjunction with these achievements, Colleen has also served as a financial consultant to large medical institutions, as well as, small independent practices. She has created fiscal stability and improved positive patient outcomes, while saving millions of dollars in overall health care costs. Colleen believes in a strong community and wants to help the State of Delaware improve its quality of life.

Over the years, she has volunteered locally, nationally and internationally. After Nepal was struck by a 7.8 magnitude earthquake in April 2015, she went as a physician’s assistant to help people affected near Kathmandu. Colleen is a proven leader in Disaster Relief, Medical-Surgical practices, Pediatric Advanced Life Support (PALS), Emergency Medicine, Neurosurgery and Advanced Cardiac Life Support (ACLS).

Secretary Geisenberger was nominated by Governor John C. Carney, Jr. and confirmed by the Delaware Senate on January 18, 2017. The Delaware Secretary of Finance is the state’s chief financial officer and is responsible for promoting the State’s fiscal health through fair and efficient forecasting, generation, collection and accounting of state funds. He oversees the State’s Division of Revenue, Division of Accounting and the State Lottery Office, as well as tax policy analysis, unclaimed property administration, and bond finance. Rick also serves on financial oversight bodies including DEFAC, the Delaware Public Employees Retirement System Board of Trustees, and the Cash Management Policy Board. Rick is the Vice Chair of the Diamond State Port Corporation, and an Executive Sponsor of GEAR. He previously served as Delaware’s Chief Deputy Secretary of State and the Director of the Division of Corporations.

Before joining state government as an Economic Policy Advisor to Governor Carper, Rick held a variety of private sector positions in banking, finance, treasury services management, mergers and acquisitions, and strategic planning. He first worked with Corestates Financial, then Manufacturers Hanover Corporation and later Delmarva Power. He earned his M.G.A. degree from the University of Pennsylvania, his B.A. from Franklin & Marshall College, and completed the Wharton Executive Program in Mergers and Acquisitions.

Jeffrey W. Bullock was sworn in as Delaware’s 80th Secretary of State on January 21, 2009. Secretary Bullock oversees nearly twenty different agencies including Corporations, Historical and Cultural Affairs, Arts, Libraries, Veterans Affairs, Professional Regulation, and Human Relations. In addition, Secretary Bullock has a number of constitutional responsibilities, including serving on the Board of Pardons. He is also the chairman of the Diamond State Port Corporation, which owns and operates the Port of Wilmington.

Secretary Bullock has dedicated most of his professional career to public service. In his over three years as Secretary of State, Bullock has been a transformational leader in advancing priorities in the areas of education, job creation and more efficient and effective government.

Under Secretary Bullock’s direction, the Department of State continues to raise significant revenue for the State of Delaware. Through the Division of Corporations and the State Bank Commissioner, the Department contributed more than $1 billion of net General Fund revenue in Fiscal Year 2015.

Secretary Bullock is a native Delawarean who grew up in Claymont and holds a degree from the University of Delaware in Economics and Political Science.

He lives in Wilmington with his wife, Susan Frank, and their two daughters, Kate and Caroline.

Ruth Ann Jones’s appointment as Controller General was confirmed by the Legislative Council of the Delaware General Assembly effective December 18, 2020.

The Office of the Controller General is the non-partisan fiscal oversight arm of the Delaware General Assembly.  As such, the Office not only prepares the State’s annual finance legislation but also provides fiscal analysis on proposed legislation and serves on various boards and committees on behalf of the legislative branch.  These include the Delaware Economic and Financial Advisory Committee and the Cash Management Policy Board.

Prior to her employment at the Office of the Controller General, Mrs. Jones held various key financial roles within the executive branch where she conducted in-depth financial analysis and contributed to the creation and implementation of the annual state operating and capital budgets.

Mrs. Jones is a native Delawarean who grew up in Dover and holds a degree in Finance from Wilmington University.